The Church of St Wystan Bretby nestles into the folds of Bretby Village. A hidden gem some might say. It sits above the green on Mount Road about 50metre back. A large tree on the green can obscure its view in summer, but if you find the phone and post box you have found it.

Built in 1876 on the site of an older church it is a much loved and used place of worship.

A regular congregation of up to 30 meet Sunday by Sunday at 9.15am. The services are predominantly Holy Communion with a monthly family/word service on the 3rd Sunday. You will always find a warm welcome and a chance to gather for informal fellowship after the service.

It shares its ministry resources with St Marks Church Winshill. 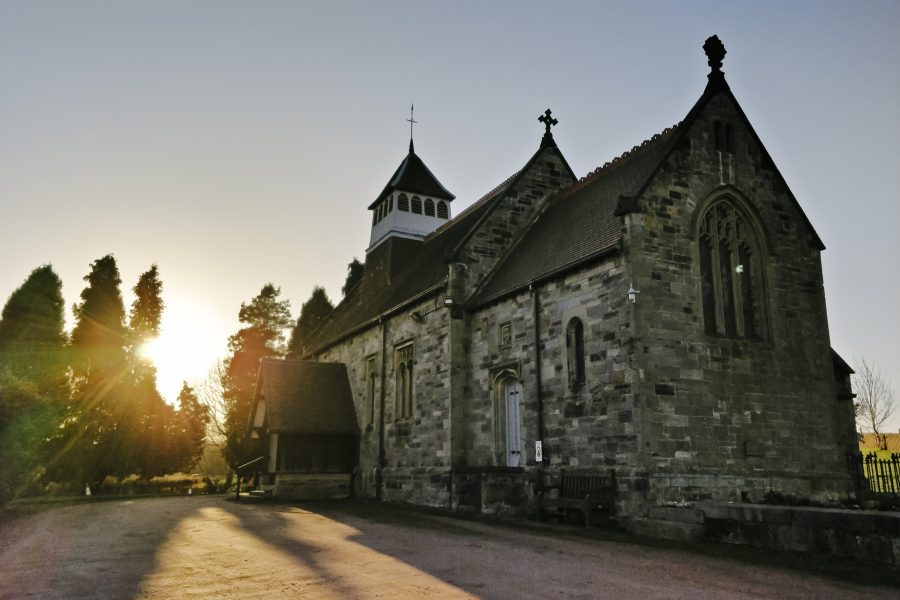 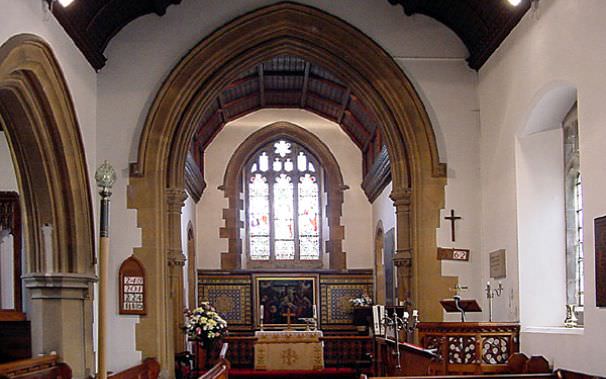 The old church was demolished in 1876 and a new church built on the same site with the addition of an aisle and vestry on the north side.  A brass tablet by the door states:

‘The church was dedicated to the honour and glory of God, and opened for divine service on 4 July 1876, was built on the site of the old church by Anne Elizabeth, widow of George Augustus Fredrick 6th Earl of Chesterfield, in memory of her husband above named, and her son George Philip Cecil Arthur the 7th Earl, and her daughter Evelyn, Countess of Carnarvon.’

Built in the Gothic style and consists of a chancel with north vestry, nave and north aisle. At the west end is a wooden turret (bellcote) containing five bells.

The church contains a notable memorial tablet on the south wall of the aisle which reads.

‘In memory of Benjamin Disraeli, Earl of Beaconsfield, the foremost man of his age, eminent in letter, on Council, in Debate. A Statesman farseeing and sagacious, a Patriot zealous for his Country’s honour. A Devoted Servant of the Queen, by whom he was trusted, honoured and mourned. This tablet is erected by Anne Elizabeth, countess of chesterfield, a record of a much prized friend, and a lasting regret.’